The Puget Sound Writers Guild was established by Frank Lambirth, a retired professor of creative writing, a talented grammarian and a highly successful Edgar award-winning novelist of thirty-four books in the suspense, mystery and horror genres. Frank was the foundation and cornerstone of the guild until his death on February 10, 2007. He was a dedicated mentor, a gifted teacher who maintained high standards for his students while being a gracious friend.

Frank published under four pseudonyms as well as under his given name. Several highly successful mainstream published authors trusted their manuscripts to Frank’s keen editing skills before submitting them to their publisher. He was “ghostwriter” on other projects. 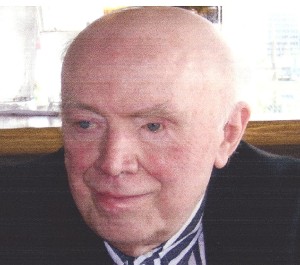 Already a successful novelist in the 1980’s, Frank founded his first critique group in the Sacramento area, which has produced a number of successfully published authors. He also maintained a long-running relationship with the Library of Congress, supplying the library with synopses of published work.

A consummate writing professional, Frank knew the publishing business inside and out. He also knew how to teach. Many of us who knew him after he moved to Olympia, WA, found him to be the most effective teacher we had ever encountered.

All of us fortunate enough to know Frank learned how to write—to the extent that our own stubborn souls allowed. He taught us the virtues of planning, of discipline in writing every day, and of perseverance in the face of this pitiless business. He taught us numerous effective approaches to plotting, about conflict and character, of rising tension he called “dramatic sense,” of building a story toward a climax. He taught us to avoid what he called “dragons,” those things which would immediately relegate a manuscript to the slush pile.

Frank provided over six hundred handouts on assorted aspects of the craft of writing. His knowledge was inexhaustible. If he did not know an answer to one of our questions, he knew who in the industry to consult. Frank’s teachings have been and continue to be the foundation of our work in the guild. Thanks to Frank, many of us have produced salable manuscripts – no student of a writing instructor could ask for more.

On one of his last days, Frank reflected with characteristic brevity and candor on his life. He told us that it had been a good life and he had no regrets. And then he offered reflections on the strengths and opportunities to improve the work of the committed members of our Guild. We then realized that his teaching was as integral to his life as writing itself, and he was utterly selfless in doing it. Faced with an example like that, how can we do less than carry on and honor his memory?

PAT LAMBIRTH, widow of our Guild founder, Frank Lambirth, was a warm and gracious host. Twice weekly her home was “invaded” by colorful aspiring writers: the novice class one night, and the regular Guild critique group the next night. She always had a kind and encouraging word for struggling writers. By Frank’s admission, Pat was the business brains of the duo while also typing and proofreading Frank’s own work (Frank was legally blind). She passed away September 2017, and her bright countenance is missed by the Guild.

PAUL IVY wrote action-adventure novels and had just completed a 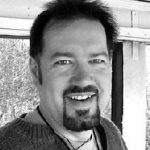 fine edit on his first novel, Talon, in an intended series with preparations for publication when he died suddenly September 2015. He had an artistic flair (especially graphic design) with a studio where he sculpted one-of-a-kind G-I Joe models for sale, one of only three authorized artists permitted to create these. He had a great ear for tension/dramatic sense in the chapters Guild members presented, inviting us to improve in this area. His colorful and creative presence is missed. 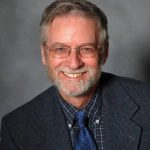 TIM MILNES was an outgoing, energetic soul who taught at Bellarmine High School for 29 years, never losing his enthusiasm and love for his students. He loved his Bellarmine High School students, and they loved him. Tim had a passion for “all things Juneau, Ireland, music, writing (both poetry and prose), hiking, and his family.” His

writing was imbued with these passions. While he diligently worked on the craft of writing, he also loved to debate the critiques he received on his writing, and gifted us with insightful critiques of our own writing. When Tim walked into the room with his broad smile and twinkling eyes, the energy level simply rose. When Tim was tragically killed in a car accident in May 2017, the high school gym was packed as many former students returned to honor him. His first completed novel, The Land I Will Show You (https://store.bookbaby.com/book/the-land-i-will-show-you) was posthumously released and is available for purchase. 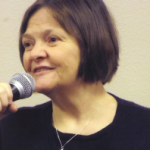 MARY VANEK was a gifted writer and a killer editor. She had earned an M.F.A in Creative Writing, studying under the late author, Bill Kittredge; and a Ph.D. in Creative Writing (specializing as a Grammarian). As guild members read their scenes her pencil would be flying across our pages with questions and corrections. Her insights were keen and “right on.” Her work-in-progress was in the crime novel genre, incorporating mythology of local Indian tribes. She was widely published in Cimarron Review, Blue Mesa Review, American Literary Review, CutBank (where she served as fiction editor and co-editor), and The Bloomsbury Review. She has taught fiction workshops to undergraduate students and for HellGate Writers. Some of Mary’s students have published their own work. Mary happened to be in Prague when the iron curtain fell. Mary always had a smile on her face and a kind word for each person she met. Mary died in her sleep August, 2018. She had such a sweet spirit, she is greatly missed.